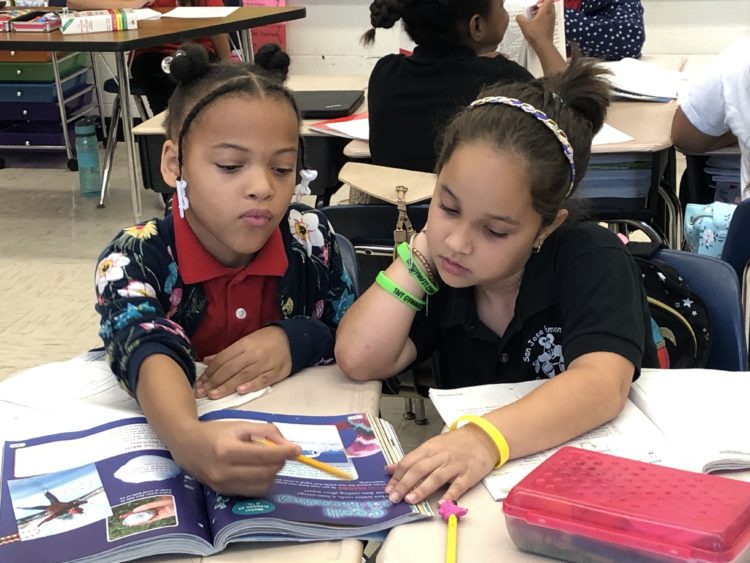 A citizen of the world: Team Duval students explore new languages and cultures

May 16, 2019 – In Duval County Public Schools alone, 127 different languages are spoken – the most common being Spanish, Arabic, Burmese Myanmasa, Haitian-Creole, Vietnamese and Tagalog — and the district hosts approximately 7,500 non-native English speakers from all over the world.

Claudia Norez, a Dual Language Specialist with the district, said it’s important for non-native English speaking students to embrace their heritage as they learn English and absorb American culture.

“It’s so incredibly important for us to learn a different language because we gain so much more than just a language,” said Norez. “It helps unite us with another group of people, and helps us understand where they are coming from. We build sociocultural competence along with becoming bilingual.”

That’s why, Norez said, the district provides pathways — through the English for Speakers of Other Languages (ESOL) program, the Dual Language Program and the Biliteracy Program — for students to not just become proficient in English, but to also explore cultures and languages around the world including their own.

Leslie Monteagudo, fifth-grader at San Jose Elementary School, is one of 900 students who participate in the district’s Dual Language program in which students take 50 percent of their courses in English and 50 percent in Spanish. A native Spanish-speaker, Monteagudo said the program has helped her be a better communicator in both languages.

“The Dual Language program has taught me how to write in Spanish and English,” said Monteagudo. “Most of my family speaks Spanish and because of the program, I have full conversations with them and translate them from Spanish to English in public places like stores or restaurants.”

Monteagudo said she is now able to communicate with her grandparents and other family members in Mexico, and is excited about how being bilingual and biliterate will help her in the future.

“[My parents] say to be grateful for this because in the future I can get better job opportunities because I speak both English and Spanish,” said Monteagudo, who hopes to one day be a nurse.

Like Monteagudo, Kardon Aram Ali, Englewood High School senior, is multilingual. She came to America when she was in fourth-grade, speaking Kurdish and Turkish, but no English.

After moving to America, Ali said she found it difficult to adapt to the American culture, specifically in what Americans eat and wear. She said the transition between Iraq and America was not an easy one — even bringing lunch to school was a struggle for her.

“In eighth-grade, we used to bring our own food,” said Ali. “People would say ‘oh my gosh, why did you bring that food?’ Because of the smell. People here eat a lot of hamburgers, pasta and pizza. We eat soup and rice.”

She found comfort in her ESOL classes and learning about the different cultures of her classmates. ESOL is designed to help non-native English speakers gain proficiency in speaking and writing English.

“My favorite culture to learn about is [that of] Myanmar,” said Ali. “I feel warm to it.”

After testing out of the the ESOL program, Ali was excited to learn more about other cultures and started taking Arabic-language classes at Englewood.

Through her classes, she found that she wants to do charity work and help those around her who may be in a similar situation that she found herself in when she was in fourth-grade.

To learn more about the ESOL, Biliteracy and Dual Language Programs, visit the ESOL webpage.