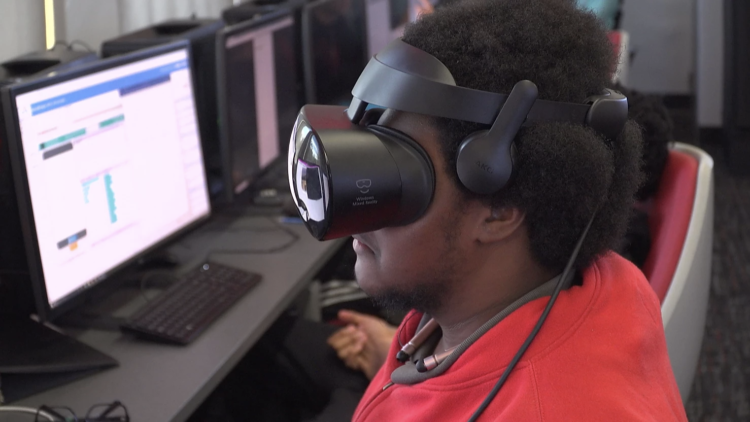 “I’m not afraid of technology,” said the Andrew Jackson principal. “Anytime you embrace technology in the classroom, you will improve engagement, and engagement is the key to learning.”

It’s that kind of forward thinking that’s putting Andrew Jackson High School of Advanced Technology on the map.
It is one of only five public high schools in the nation, and the only high school in the state, to be designated as a “Microsoft Showcase School.”
Being named a showcase school isn’t about the amount of technology the school uses, but rather, how it uses it.
Andrew Jackson had to prove that leaders, teachers and students are using innovative and diverse strategies with the help of Microsoft programs
For some, that means simulating open heart surgery with a Microsoft App. Or using Skype to explore the Grand Canyon. Or creating new environments with HoloLens or virtual reality technology.
It also means showcasing how 100 percent of the staff is certified Microsoft Office 360, an accomplishment the school reached last year.
The designation also recognized the school’s Video Gaming, Cybersecurity and AP computer science courses.

“Getting our students to be prepared for the ever-evolving world of technology is crucial,” said Clinch, who became principal of the school in 2017-18 and helped it transition into a dedicated magnet for programs such as Applied Cybersecurity and Game, Simulation & Animation programming.

Since becoming a School of Advanced Technology, Jackson’s enrollment has doubled. Clinch attributes that to the school’s focus on technology.

“Students are already immersed in this technological world. They are ready for it,” Clinch said. “It’s the educators that need to catch up, and that’s what we’re doing.” 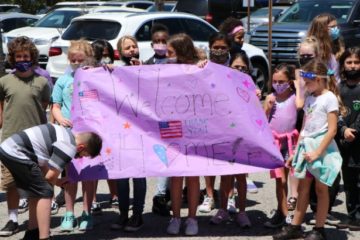