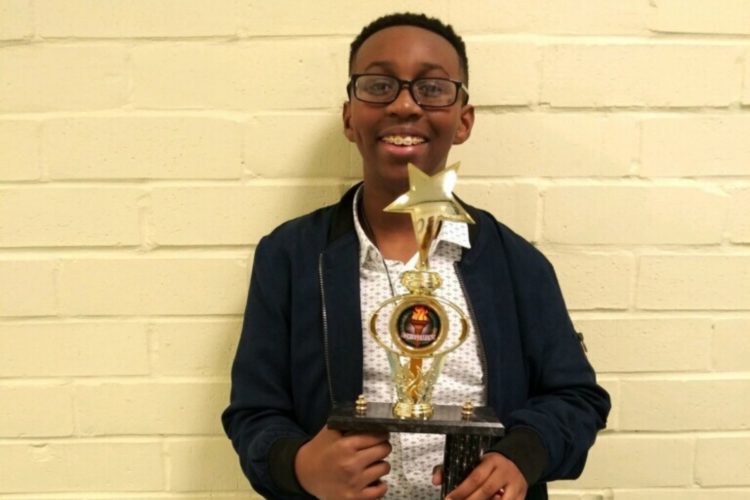 It’s the word that made Julius Graham the district’s spelling bee champ.

The DuPont Middle eighth grader went head to head with the district’s top spellers over 15 rounds at the annual district spelling bee and came out on top after successfully spelling the four-syllable word.

But while “DUBIOUSLY” earned him his championship, the word – which means “with hesitation or doubt” – does not at all describe the middle-schooler’s mindset when it comes to surmounting enormous obstacles.

“I was born with Erb’s Palsy which made it hard for me to walk when I was younger,” said Graham. “I prayed and went to occupational therapy, had surgery, and got better.”

His faith was key in being successful despite the disability, said Graham.

“God is good, and if you ask, you will receive.” said Graham. “In preparing for the spelling bee, I had to study a lot and I prayed to God that I would win, and in the end, I feel like it is all linked.”

He also said the assistance and support from his teachers in his school’s Dual Language program helped him thrive.

“At school, Mrs. Seebol makes sure that I get the accommodations that I need to help me be successful,” said Graham. “The Dual Language program has helped me to not just see one side of things.  For example, instead of seeing a word as having only one pronunciation I have learned that there may be more than one way to view the word. Understanding cognates is important.”

Beyond being on the path to becoming biliterate through the Dual Language program and earning college credit in DuPont’s Early College program, Principal Marilyn Barnwell says Graham is also a student-athlete who is a member of the 5000 Role Models program, National Junior Honor Society, and the first student officer of the Parent Teacher Student Association (PTSA).

“He represents the best of what Duval County Public Schools has to offer its students,” said Barnwell, noting that his parents are also members of the PTSA and School Advisory Council. “They, along with Julius, represent what can happen when school, family and community come together on behalf of our students.”

Echoing this are his parents, who said they are so proud of their son for this accomplishment as well as many others. In an emailed statement, they shared:

“It is wonderful to see his prayers answered. He’s come a very long way through much adversity, but he’s overcome every single challenge thus far and we are just happy to watch him flourish.” 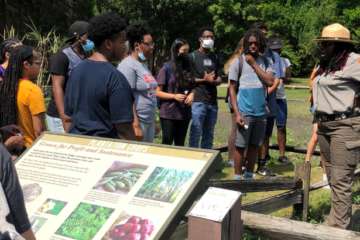