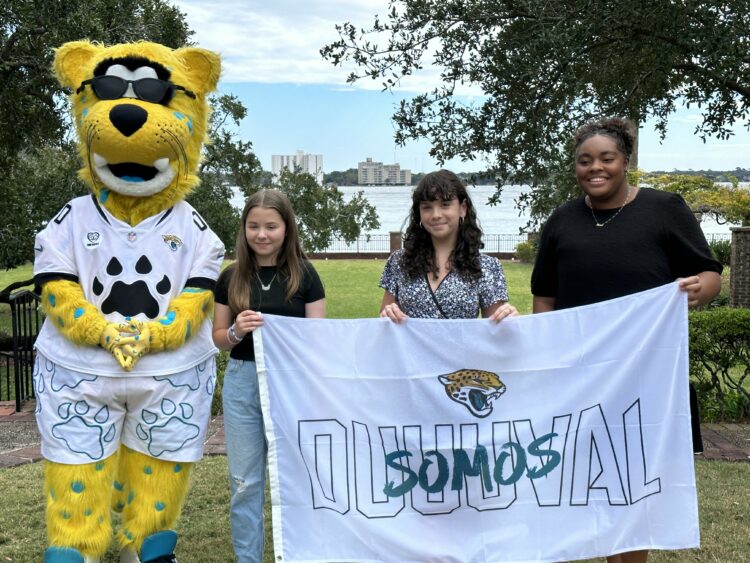 Each of the students were recognized at a special luncheon this week, sponsored by the Jacksonville Jaguars. Their winning essays were selected among dozens of entries across the district.

Students were asked to submit an essay about a living person of Hispanic heritage from the Jacksonville who has made a significant contribution in medicine, arts, politics, law, education, business, literature, and science.

“I know that my grandmother, she’s a very inspirational person, and she’s done a lot for the Jacksonville community, specifically Jacksonville University,” said Robinson, who was the high school winner.

In her essay, the 11th grader described how her grandmother – affectionately known as “Mama Cruz – dedicated her life to her students in and out of the classroom at Jacksonville University; particularly her work with the Upward Bound program.

Robinson shared her admiration of how Cruz and her family transitioned from Bayamon, Puerto Rico in 1975 to Jacksonville’s northside, becoming one of the first Hispanic families in the area.

“Mama Cruz is “the cornerstone of family and a hidden gem of Jacksonville’s community,” wrote Robinson in her essay. “She has contributed so much of her life to the development of young adults at JU, and on her own street corner.”

Quiones, an eighth grader at LaVilla School of the Arts, wrote an essay about Jacksonville-based ballerina, Dulce Anaya.

Anaya, who was born in Cuba, was accepted into the American Ballet Theatre when she was just 15-years-old, and is credited for founding the Jacksonville Ballet Theatre. In her essay – titled “The Prima Ballerina That Never Stopped Dancing” – Quiones shared how Anaya personally taught her and her sister dance when they were younger.

“She made me laugh, work hard, and even cry sometimes,” wrote Quiones in her essay. “But those moments have saved me so much in life. I have learned many lessons from her, and I am sure many others in the Jacksonville community have too.”

In her essay, Haas describes Cumber as a “hard worker” who “has dedicated her life to helping others in the community.” Haas describes how Cumber has worked to aid victims of domestic violence, creating a legal clinic for survivors.

“She helped out women a lot, and she owned a small business,” said Haas. “I think that’s really cool, and I want to do that.”

The three winners had the opportunity to read their essays out loud during Thursday’s luncheon.

In its 10th year, the Hispanic Heritage Month Essay contest is hosted annually by the district’s ESOL Department and sponsored by the Jacksonville Jaguars Foundation.

The students received a box full of Jags swag and tickets to the Jags vs. Raiders on Nov. 6th. 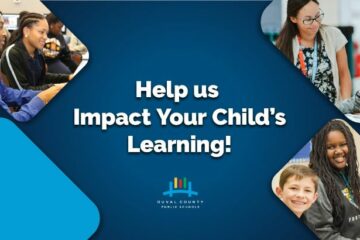