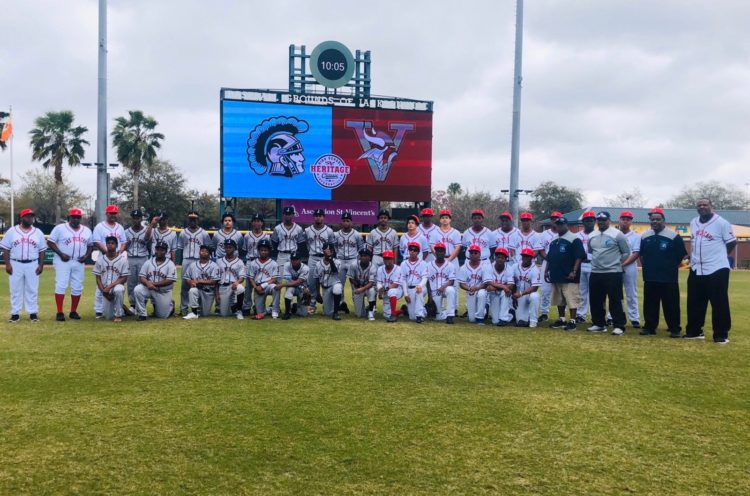 Feb. 14, 2020- It was a dream come true for Raines and Ribault high school students as they faced off in the inaugural High School Heritage Classic.

Raines Vikings senior, Malcolm Jones said this game was special, and he is thankful his ancestors paved the way for him to play baseball.

The rival teams hit the baseball diamond Thursday in a historic game as they honored the “Jacksonville Red Caps.”

The Red Caps were a part of the Negro Leagues that played in Jacksonville until 1942.

The students got the opportunity to wear replica uniforms of the Red Caps. The Vikings wore their ‘home’ jerseys while the Trojans wore their ‘away’ jerseys.

The league was established in 1920 to allow blacks the opportunity to play professional baseball. The Jacksonville Jumbo Shrimp commemorated the team’s legacy by hosting the Classic as the league celebrates 100 years.

“It is a real-life connection, a real-world connection where they’re actually learning about it, and now they actually get to be a part of it,” said Wright.

The Vikings took home the A. Philip Randolph Cup trophy in an 8-4 win over the Trojans.