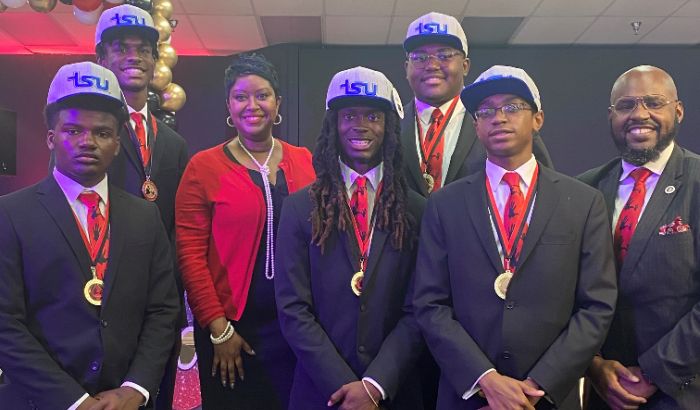 June 29, 2021 — Disappointed after not getting into the college he applied for, Maurice Bell said he lost some of his motivation for higher education.

Then Bell — who would be graduating from Lee High School — received a phone call from a 5000 Role Models of Excellence district administrator that brought everything back into focus.

He, along with five other of his peers in the mentoring program, had qualified for a full academic scholarship to Tennessee State University, a historically black university in Nashville. This Presidential scholarship not only covered the cost of tuition, but also room and board, meals, and summer learning programs.

“I knew that this was a once-in-a-lifetime opportunity,” Bell said. “Not only has this scholarship boosted my motivation for college, I know that later on down the road that attending an HBCU will help pave the way for my future.”

Scholarship recipients were eligible based on their GPA, which needed to be a minimum of 3.5, and active participation in the Role Models program, a mentoring program designed to pair minority male mentors with minority male students in grades 3-12, at select schools within the district.

Bell, who graduated in the top 16% of his class and was also active in the National Honor Society, said joining the 5000 Role Models helped mold him into the individual he is today.

Bell said he has learned that, “anyone can become a leader, and also that we can break the stereotype that society puts on young black men.”

Bell joined Presidential scholarship recipients throughout Florida on Sunday, June 27 in a special ceremony in Miami where they officially accepted the award.

Visit the 5000 Role Models webpage to learn more about the program and for a list of the participating schools.